Fishing can be difficult this time of year but it’s still fun!

Tournament season continued to be difficult for me this year.   Last year I cashed four checks….this year only one check, finally coming in at second place for the tournament on Big St Germain.  I pre-fished that tournament and spent a lot of time learning the lake.  On Wednesday before the Sunday tournament I was able to catch 5 nice fish that weighed almost 15 lbs.  So I thought this may be my tournament!  Many of the quality fish  places I found in practice just didn’t yield good fish during the actual tournament.   But I was able to slide into second place behind first place by about 1 ½ lbs.  Overall, I was able to do just enough this year that I ended up taking 3rd place in the Angler of the Year race.   But that’s fishing.   It can humble you.   I just need to stay the course in the future and be comfortable in my abilities – things will get better!

Here are a few pictures of some fish that I caught during tournaments this summer. 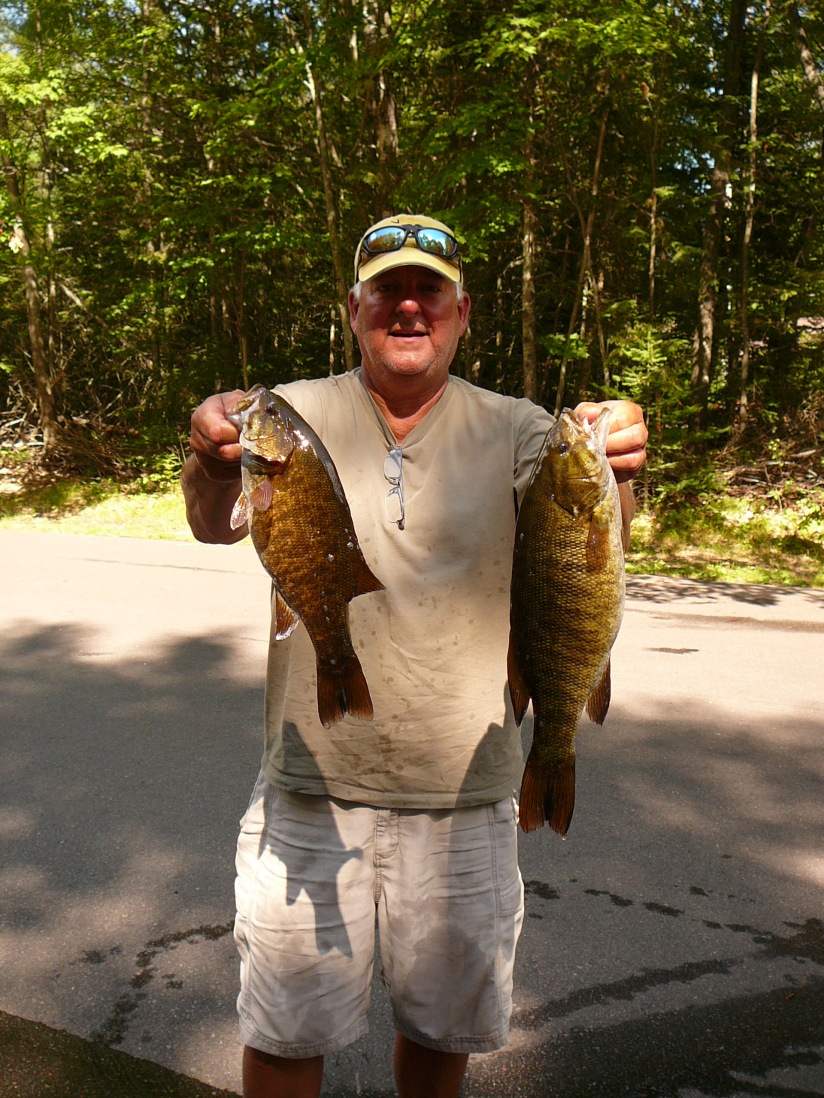 Recently Marvin and Ardis Wick came up to the Northwoods from southern Illinois.   I’ve known Marvin and Ardis for a long time and I’m glad they got a chance to stop by for a few days on their way to Minnesota and a vacation at Owl’s Nest Resort.   Marvin hadn’t had an opportunity to catch smallmouth bass before and was interested in doing so.   So he, Ardis, and I fished a couple of places in the area to get him and Ardis a smallie.   We were successful and caught a few smaller smallies.   Then Marvin caught a couple of 3 pounders – I was glad he got a chance to see what a nice smallie on the end of his line felt like. 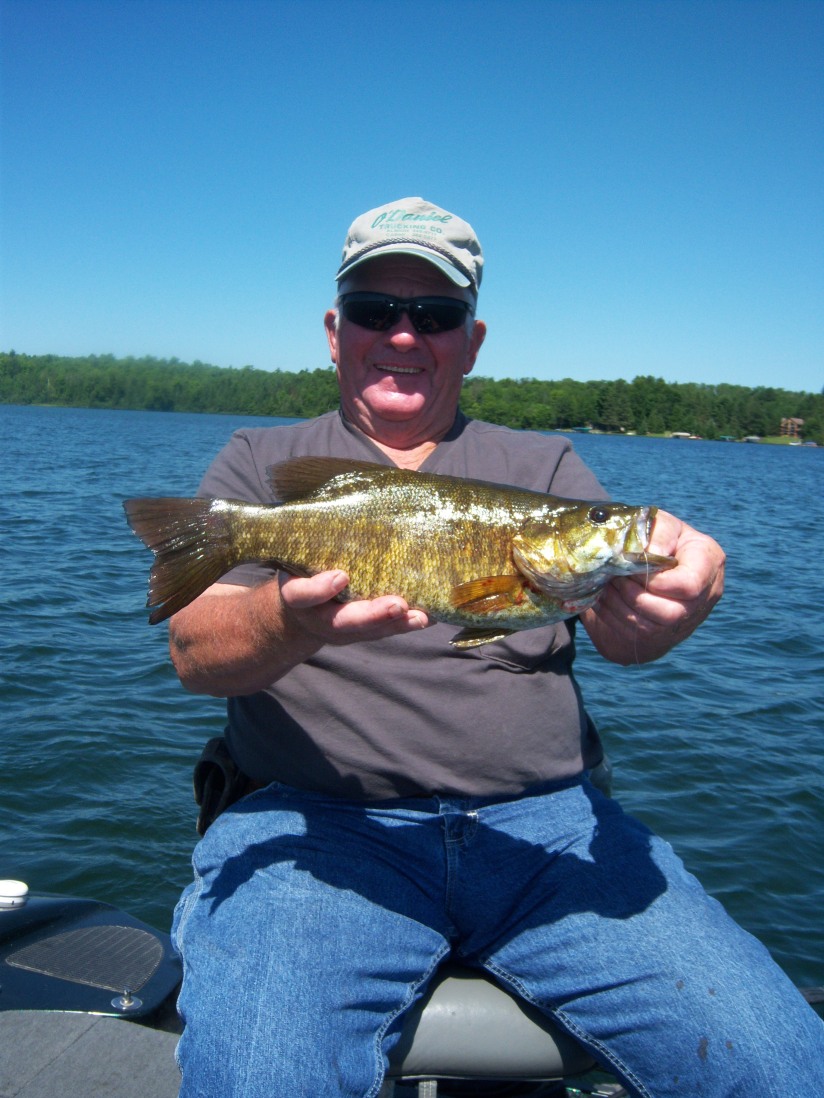 It’s been a fun summer – can’t believe we’re almost done with the season!  Where did it go!

There’s definitely more fishing to come – please check back later when you have time.  Andy and Sarah are fishing with me at our last club tournament on Sunday, August 21st.   It will be fun and it will be their first time fishing competitively.   It’s a “family” tournament so it will be no pressure – just fun!   Will let you know how we do!